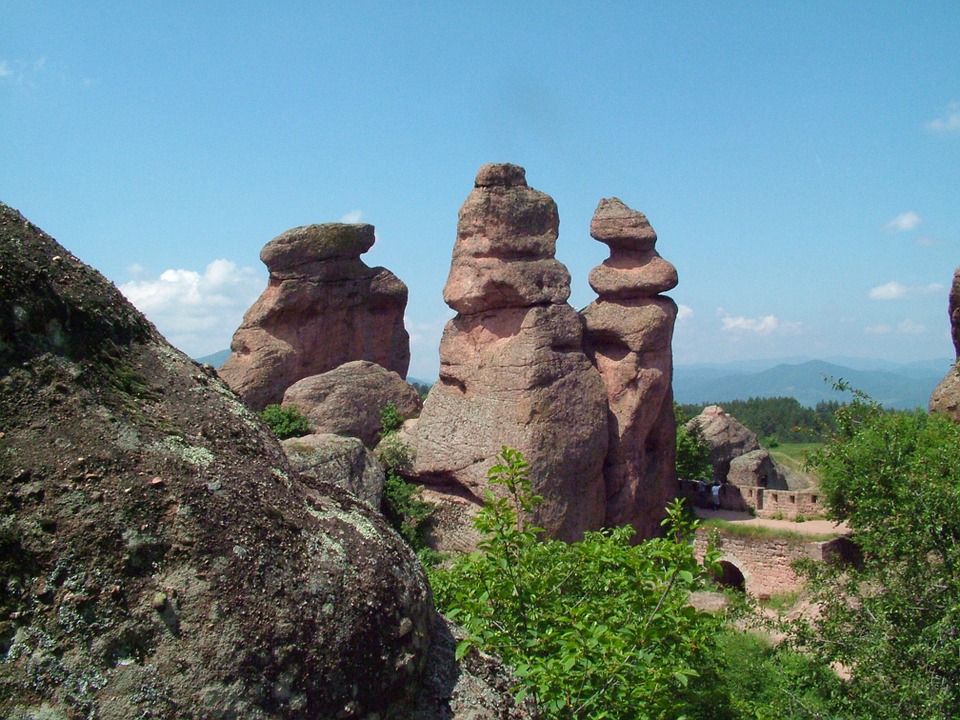 Legends of the Belogradchik rocks

The most magnificent rocks are surrounding Belogradchik : Madonna, The Rider, The Monks, The Student, The Lion, The Bear, Adam and Eva, The Castle.

From the platform of the famous Stone of Thought you can see an endless view of peaks, rocks, precipices, lush meadows, cool streams and the calm lineaments of the Old mountain. Upon this view man becomes breathless. The name of each rock formation is given by the folklore.

The flora surrounding Belogradchik rocks includes many rare species typical for the Balkans and written in the Red book of Bulgaria. The animals are represented by the  imperial eagle, owl, small vulture, black stork, wolf, wild boar, royal slag, deer, dormouse and etc.

Formation of  the Belogradchik rocks

In the end of the Palaeozoic era before 230 000 000 in this region stratified sandy and marly rocks. Later they were covered by the sea, on the bottom of which laid sand, gravel and clay. As time goes by these materials were connected with sandy-clay plasters.  The reddish color is due to the iron oxides and hydroxides. As a result of the New Alpine tectonic cycle the complex  appeared above the surface and the region of Belogradchik was formed. The influence of  water, winds and temperature variations of the limestones from these parts destroyed and revealed the cracked conglomerates. In millions of years nature sculptured  the shapeless stone figures of mythical creatures, people, animals and birds.

Legends of the Belogradchik rocks

Every stone here has a history and a legend full of suffering and heroism to explain the incredible stone beauty. Centuries ago between the rocks there was a nunnery. Early every morning the nuns went out to pray to God. The youngest among them – Vitinia couldn’t hide under the cassock her unbelievable beauty. The rumour about her beauty spread all over the Roman empire. One day on the Day of Peter when the monastery could be visited Vita met with the roman Antonio. They hided their love from the nuns a long time but after a year the fruit of their love came obvious.  Vita was revealed and faced the strict law of the nuns. They decided to curse her and expel her from the monastery with her child. At that moment from the hill came Antonio riding his white horse. He started begging the nuns not to punish his beloved. Then happened a miracle. Suddenly a storm started, a thunder stroke and the earth shook. The monastery laid in ruins and everything turned in stone – The Monks, The Rider, even Vitinia who turned in Madonna carrying her child.

You can read more about Bulgarian wonders HERE. 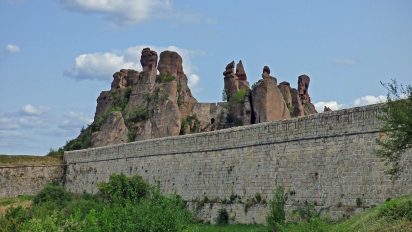 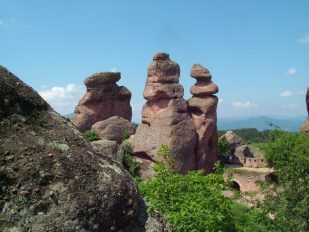 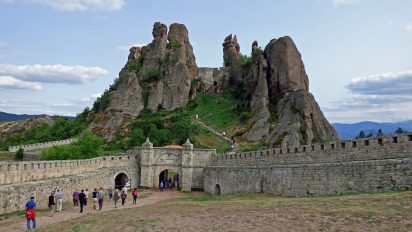