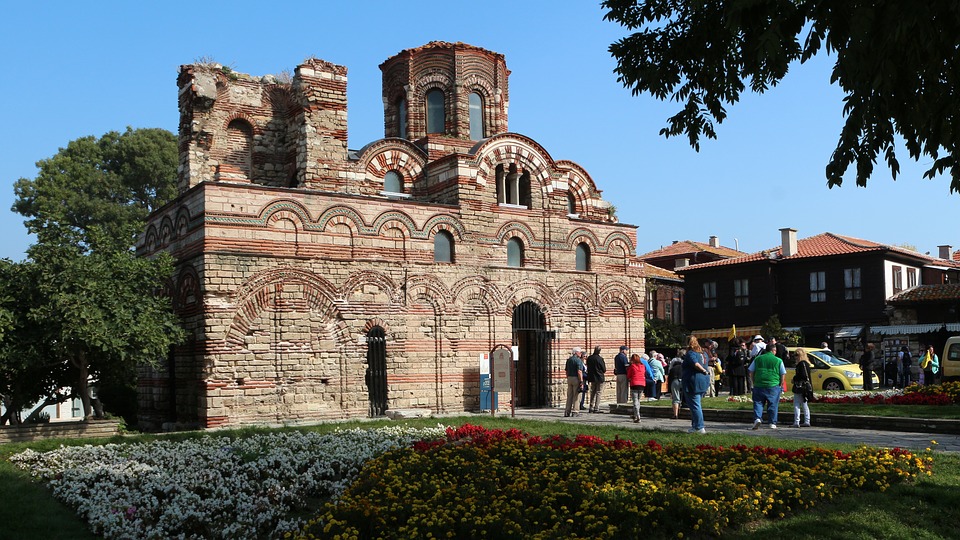 The Ancient town of Nessebar  is situated on a rocky peninsula on the Black Sea. The site which is more than 3,000-year-old  was originally a Thracian settlement called Menebria.

At the beginning of the 6th century BC, the city became a Greek colony. The city’s remains, which date mostly from the Hellenistic period, include the acropolis, a temple of Apollo, an agora and a wall from the Thracian fortifications. Among other monuments, the Stara Mitropolia Basilica and the fortress date from the Middle Ages, when this was one of the most important Byzantine towns on the west coast of the Black Sea. Wooden houses built in the 19th century are typical of the Black Sea architecture of the period.

The Ancient city of Nessebar is a unique example of a synthesis of the centuries-old human activities in the sphere of culture. The urban structure contains elements from the second millennium BC, from Ancient Times and the Medieval period. The town has served for over thousands of years as remarkable spiritual hearth of Christian culture.

The Ancient City of Nessebar is an outstanding testimony of multilayered cultural and historical heritage. It is a place where many civilizations left their traces: archaeological structures from the Second millennium BC, a Greek Black Sea colony with surviving remains of fortifications, a Hellenistic villa and religious buildings from the Antiquity, preserved churches from the Middle Ages. Nessebar has demonstrated its historical importance as a frontier city on numerous occasions.

Whether built during the Byzantine, Bulgarian or Ottoman rule of the city, the churches of Nessebar represent the rich architectural heritage of the Eastern Orthodox world and illustrate the gradual development from Early Christian basilicas to medieval cross-domed churches.

The Ancient town of Nessebar is also famous for its cobbled streets, well kept medieval churches and timbered houses from the 19th century. One of the oldest towns in Europe, it depicts the spirit of different ages and peoples – Thracians, Hellenes, Romans, Slavs, Byzantines and Bulgarians.

You can read similar posts about Bulgaria HERE.